Els Dietvorst
I Watched the White Dogs of the Dawn
2018

In I Watched the White Dogs of the Dawn (triptych, part 2), Els Dietvorst addresses the troubles of Irish fishermen in coping with European fishing quotas. She talks to the inhabitants of Kilmore Quay village and provides a rough sketch of the tension underlying the personal and deeply human stories as well as the political-economic context. While Dietvorst navigates a line between landscape composition and narrative cinema in ‘The Rabbit and the Teasel’, in ‘I Watched the White Dogs of the Dawn’, she alludes to modes of visual abstraction and documentary traditions to create something that enriches both genres. The film works its way towards a more realist series of interviews with people working in fishing through a sequence of astounding images that unsettle figure from ground, foreshadowing the dislocation of fishermen and women from their livelihoods and familial heritage. Slowed down footage of underwater, accompanied by an eerie drone tone, suggest the perspective of sea creatures: our source of food and of human life itself. Then a shot of a seagull tugging at a scrap of fish (often used to denote diminishing fish stocks) emphasizes instead the texture and tone of the abstract ground of the pier, speckled blood red and green with algae as if some harmony beyond the demands of earning a living make this life worth choosing. Later, Dietvorst invokes the modernist land art tradition in the static image of a sea wall that runs a vertical line through the centre of the frame, shored up by sand and rocks on either side. Slowly, she visually investigates the ways humans have intervened in the shaping of the littoral and in turn how these patterns and grids create a sense of belonging or aesthetic pleasure. When we spy a lone figure navigating the arcing sandbank, we are unsure if this is a performance or a daily routine, a re-enactment or a necessity. Are we watching to learn a lifestyle, escape our own, or both? Or to question both? (…) Gradually Dietvorst introduces the studio-set interviews, with the subjects starkly lit against a blackened backdrop. The selected palette of blues and greys echoes the seascape of their work. (…) The stark staging of the interviews suggests that the subjects are speaking as and also beyond themselves. This element of beyond the self is one of the most vital drives in Dietvorst’s work.

From: In Want of Fox, the work of Els Dietvorst by Cherry Smyth, 2019. 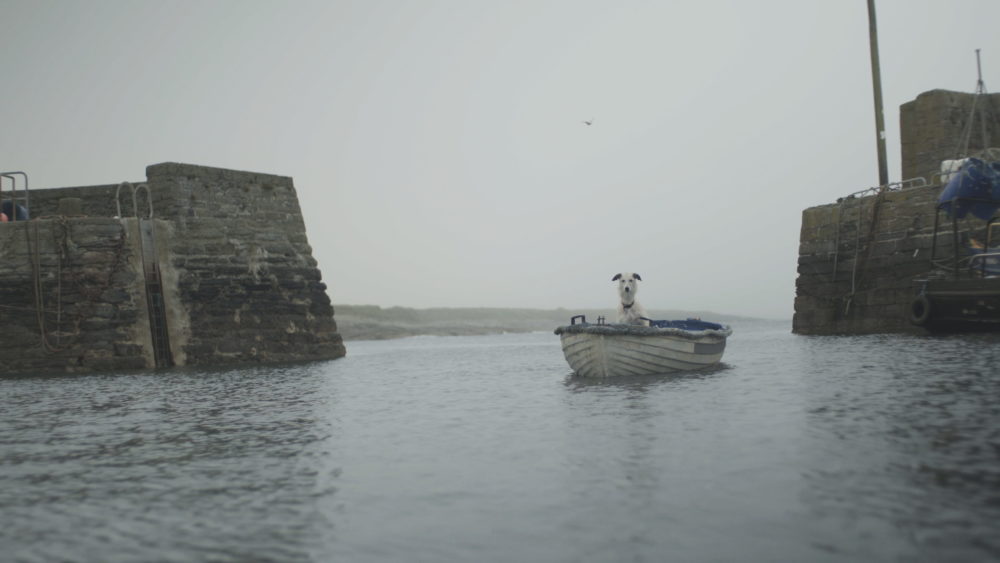 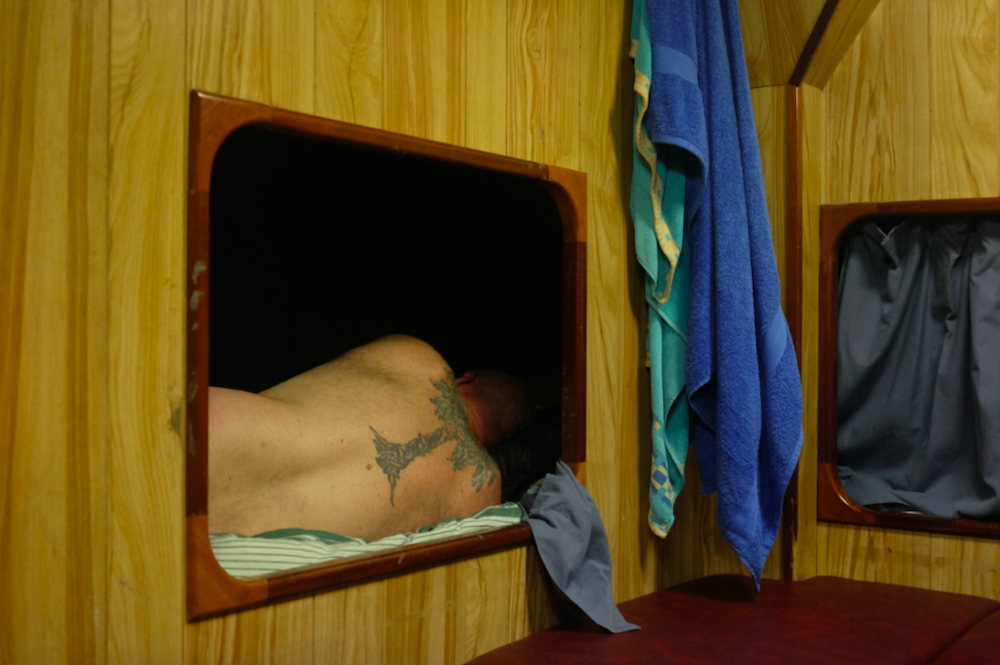 Fiction and autobiographical elements smoothly mingle in a lyrical tale that drags the viewer into a universe of beauty, death, and decay. A masterful narrative, an extremely accurate work on the texts and the powerful aesthetics of timeless rural landscape, perfectly combine with the slow and relentless pace of remembrance and the melancholy of a lost innocence. (Paolo Moretti, Catalogue Visions du Reel, Nyon.)