After a series of encounters with the Brussels homeless person ‘ACM’, Els Dietvorst wrote Ik ga naar mijn kippen (I’m going to my chickens). The text was a sequel to three documentaries she made about the life of this philosopher-drifter and his struggle for a dignified existence. Two years later, when Dietvorst was working on one of her Skull sculptures for the Moscow Biennale, her brother lay dying. This inspired her to write Driftwood, a text about the fragility of life and dealing with death.

MEMENTO MORI! !IROM OTNEMEM brings these two texts together. The first is performed by Dirk Roofthooft, one of Flanders’ most iconic actors, and the second by the talented young Brussels actress Aurelie Di Marino. The first monologue mirrors the second. As a diptych, they reflect on themes such as individualism, globalization and migration, as well as the alienation and disenchanted world to which they lead. 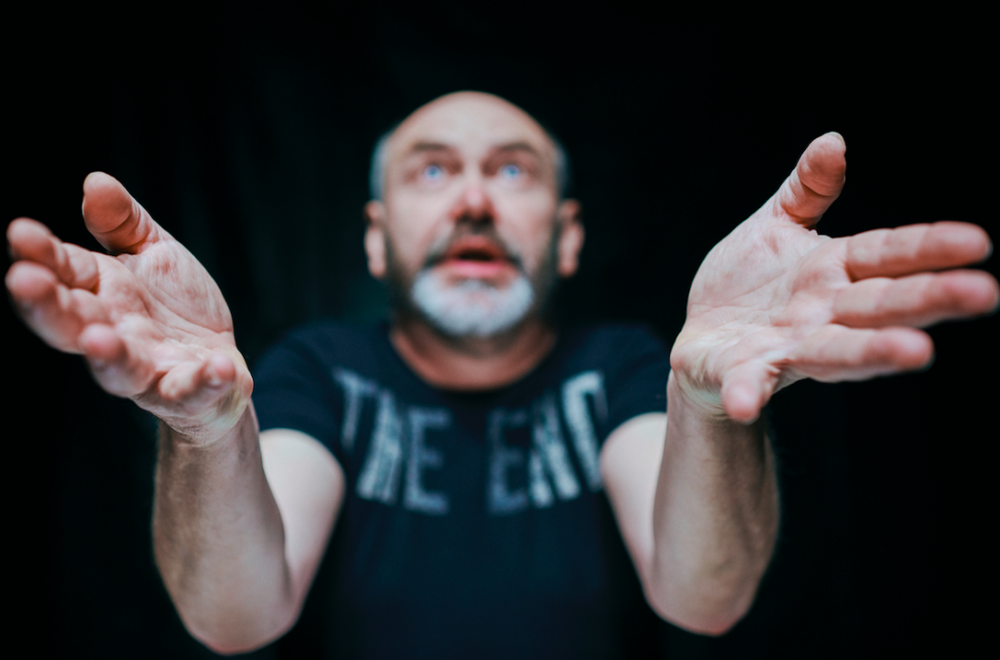 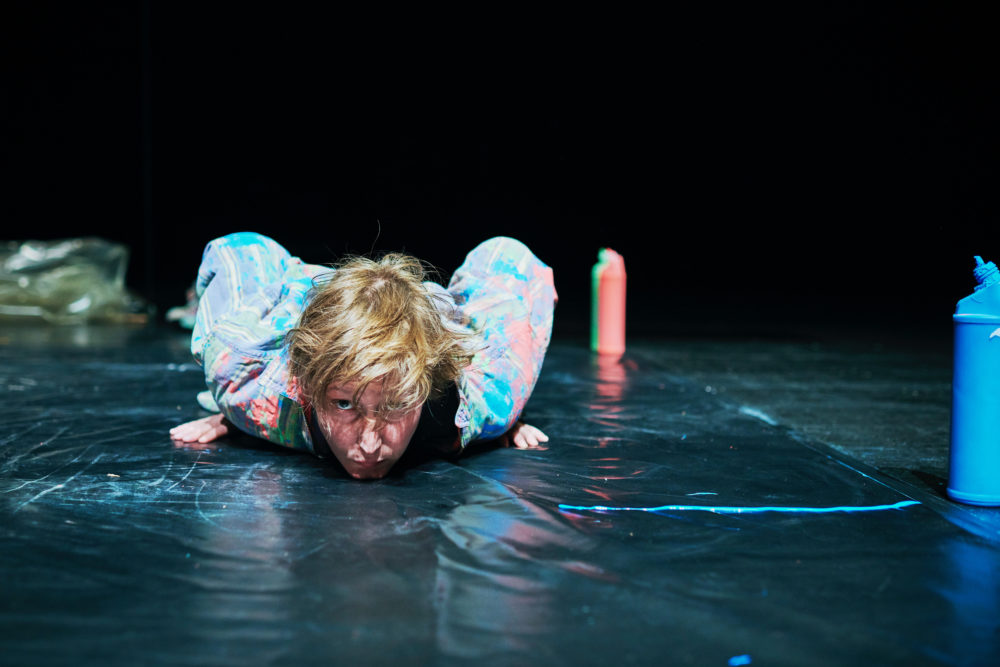 An intensely poetic diptych about humanity that cannot be captured immediately, but echoes longer. (De Standaard)